I wrote fan mail once and I mean like once in my whole life.

I facebooked Tom Delonge from Angels & Airwaves (also Blink 182) and tried at first to NOT sound like a deranged teenager and then gave up because who cares?  I wrote about what his music had meant to me at an especially wounded time.  I went ahead and threw in a “you saved my life.”  I’d be more ashamed except I really truly meant it.

As I was writing a chat window popped up and “Tom” asked me for my info to send me free tickets.  It was obviously a hacker, and I don’t recall whether I bothered to hit send on my email or not.

All that to say that as much as I like to think of myself as someone who holds her shit together around people who are celebrities, Tom Delonge was above and beyond.  If I met him?  Pregnant and out on rape charges.  That’s how that would go down.

This weekend I had a mild inner ear infection.  The kind that make you dizzy, really, really dizzy.  I spent my weekend on the couch crocheting.  I was feeling better today and in yoga pants I’d put on Friday night and never bothered to change, I took my bike up to the corner grocery store.  It’s important to have a visual of my wet hair, sequined tshirt with cat hair, and bike helmet.  I had about 18 items in my cart but since I’m in that store like every third day I know that the express lanes are often waiting and totally accepting of more items.  I have the decency to pretend to care when I start unloading my items onto the counter.

“I hope they don’t count past 15,” I mutter to the tattooed elbow in the corner of my vision, just so I don’t seem like the bitch who ignores signs.  Rocket ship tattoos, it registers.  Really awesome rocke- HOLYSHIT.

HOLYSHIT.  I know who that is.  I glance at the clock beyond his head.  Yep, that’s Tom Delonge.  I pretend to consult my blank wrist to the time on the clock.  Still very Tom Delonge.  Stop looking at a blank wrist.  Tom is buying groceries with his daughter Ava.  I am melting down while wearing cat hair, sequins and a bike helmet.  He’s attempting to do normal people things.  I’M attempting to do normal people things while watching him do normal people things.  Do not touch him.  DO NOT BURY YOUR FACE IN HIS TSHIRT AND CRY, VJ.  STOP MUTTERING THESE INSTRUCTIONS TO YOURSELF  TO YOURSELF UNDER YOUR BREATH HE MIGHT HEAR YOU.

He turns and looks at me.  I hope I wasn’t making strange strangled noises, I don’t think I was, but who really fucking knows?  His eyes meet mine and my face splits in an enormous smile and there was a moment of I-know-you-know-that-I-know-and-I-know-that-you-know-that-I-know and Ava said “Daddy!  something I didn’t catch.”

The cashier said “cash back?” and I stopped blinking.
“That was Tom Delonge from Blink-182, you know.”
“Was it?”
“He’s kind of the only person that I don’t know that I totally care about.”
“You should catch him in the parking lot.  I’ll hold your stuff.”
“No ……. I don’t think I could do any better with words.”

I was waltzing into the grocery store the other night and yes, maybe I was actually waltzing.  It was 80 degrees warm and I was happy.

This trim, bright-eyed thing asks me right before the doors, “can I ask you just two questions for my sociology thesis?”  The only possible answer to that in my polite, sunset-beach world is yes, yes of course!

“Yay!  Ok.  Which immigrant group has been most beneficial to the US?”

I smiled an indulgent smile.  She must have misspoke.  We don’t ask questions like that.

I got blank brightness and realized that was really her question.  I mean …. goodness.   I stammered a bit around the word “diversity,” but I can’t recall a single coherent thought I expressed so it’s no shock she wasn’t making notes.   Finally I threw out “Canadians!  My boyfriend is a Canadian and he’s totally my favorite.”  And then mentally facepalmed at hearing myself sound so, like totally smart.

“Ok.  Great.  So.  Which immigrant group coming to the US causes the most problems.  In your opinion.”

I checked back two or three times at her face this time, the same innocent expectance on her features.  I suppose I should have seen that question coming but ….. she really expected me to Answer That Question.  With Words.  There was some more stammering from me about diversity being inherently valuable but it was probably less coherent that the last time.

She really wasn’t going to let me off the hook, and to walk away seemed like it was saying “screw you and education along with it!”

I flashed on saying, “Duh, WHITE PEOPLE,” but it was clear she was referring to the modern nation, not the continent as a whole.  (Although in hindsight that answer still doesn’t seem to be …. incorrect.)  So I flubbed out something about how our lack of understanding and appreciation for other cultures is really most often the problem.  Why, just for example I recently saw this video where muslims are gathering in LA to fundraise for local LA charities and they’re heckled by a bunch of  rednec……… oh shit, she’s going to take the short answer of what I said as “muslims.”

“NO!  Uh, ONLY BECAUSE OF US, and our LACK OF KNOWLEDGE about their ACTUAL CULTURE AND FAITH!”

She nodded at my discomfort (finally!) but her pen was raising to her pad.  “I see,” she said.

As she wrote her lips seemed to mouth her words, “very uncomfortable,” and I can only PRAY her study wasn’t on American immigrants but on how retardedly silly white people are when they talk about it.

Valancy Jane – “Can I take a picture of it on the raffle table and send it to my brother saying, ‘I WON!!!'” 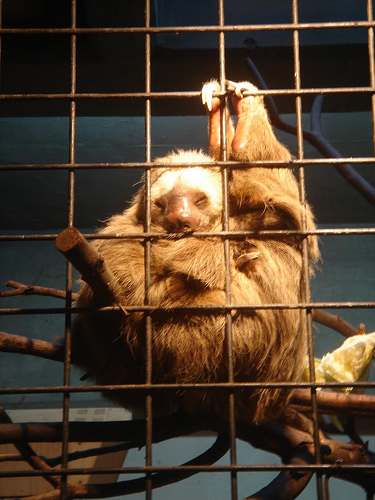 (note, my photo didn’t come out, this photo is borrowed)

“See if you can put those 27 parts back together.”

“I’ll pay you five bucks to lick that drain.”

“Is there a specific pro- …. Oh look who I’m talking to, what’s the specific procedure, and how many paper towels will it require?”

“I would only go through all this work for true love, or beer.”

Bethany – “I didn’t think you were, until I smelled the coffee brewing.”

Valancy Jane – “I like that THAT is the smell you associate with my presence, not say …. gin and desperation.”

Julie S – “What do I do to a car that is blocking half of my driveway?”

Valancy Jane – “Write a note in which you forgive them in very flowery terms. Tell them the ER techs found something a few blocks away, and that a home birth might very well be a blessing.”

Coordinator – “…. and lastly, don’t pick up any dead animals.”

Valancy Jane – “What if we don’t notice they’re dead until after we’ve picked them up?”

Coordinator – *blinks and moves on*  “We ask that you look out especially for cigarette butts…..” 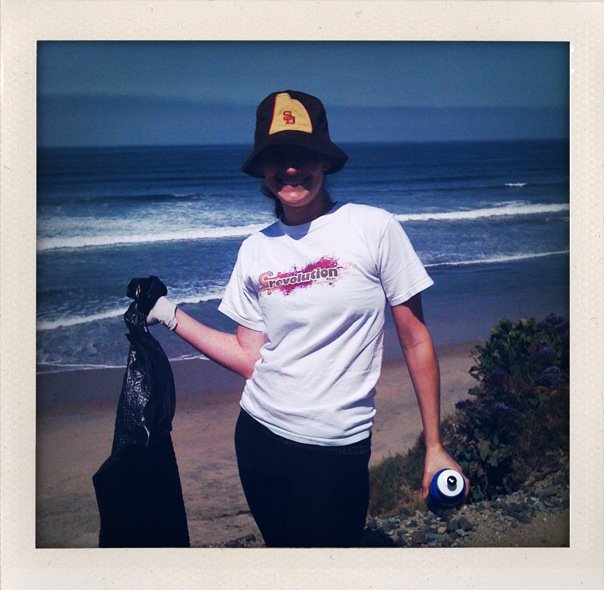 Thérèse: I must be off now.

Valancy Jane: Oh, can I tell you something first?
Thérèse: Yes.
Please tell me.
Valancy Jane: Right now I’m checking out new ringtones.
Thérèse: ICE ICE BABY
Valancy Jane: And my iPhone is plugged into my speakers.
Thérèse: Do ice ice baby. It’s the best ring tone in the world.
Sorry, go on.
Valancy Jane: Dulce is TOTALLY FREAKED OUT by the theme from Psycho.
Thérèse: * gigggggggle *
She’s a class act, that cat.
Valancy Jane: I find that adorable, and also, kinda sensible.

“Do you mind if I leave about 20 minutes early?  I have to be downtown by six.”

“I’m going to an astronomy lecture at the museum, actually.”

Cut to three hours later, I’m drinking bourbon out of my purse and stage whispering to my buddy Yost that I’m totally turned on by the Hubble Telescope, and I recall laughingly that little hint of indignation that crept into that last sentence.

My boss knows me too well, I guess.  Everything turns into a party. 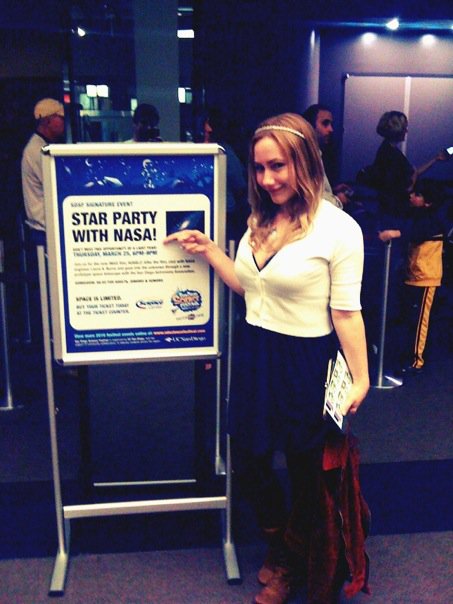 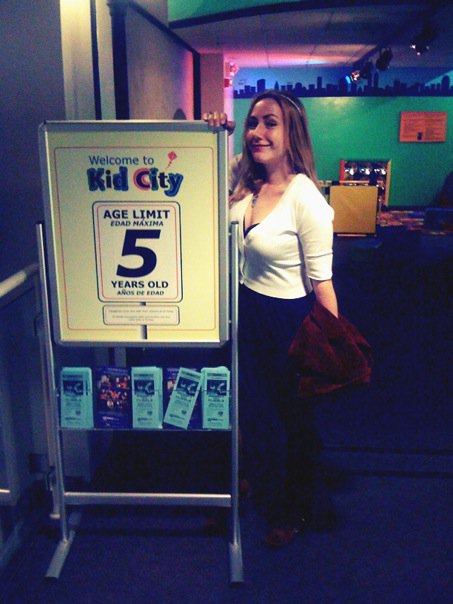 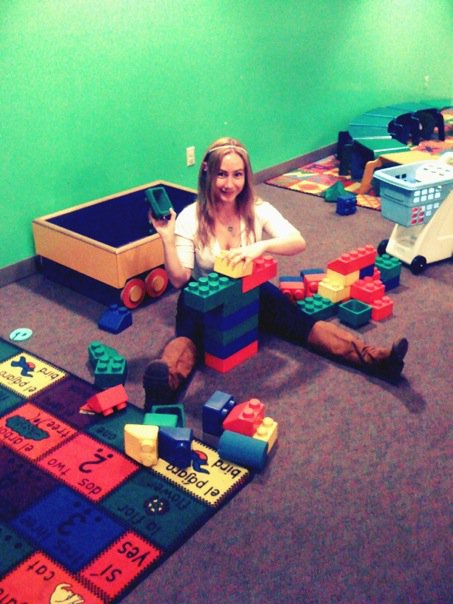 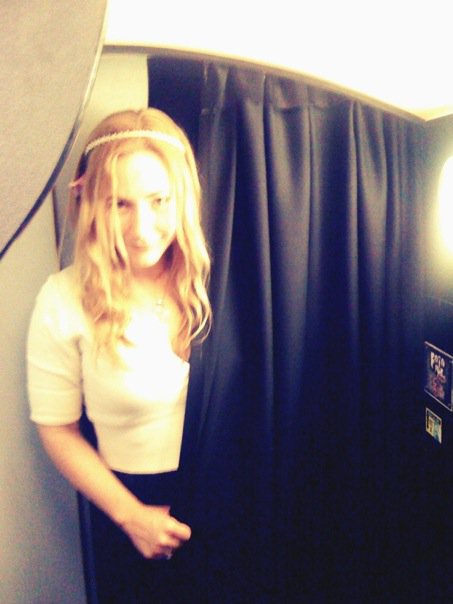 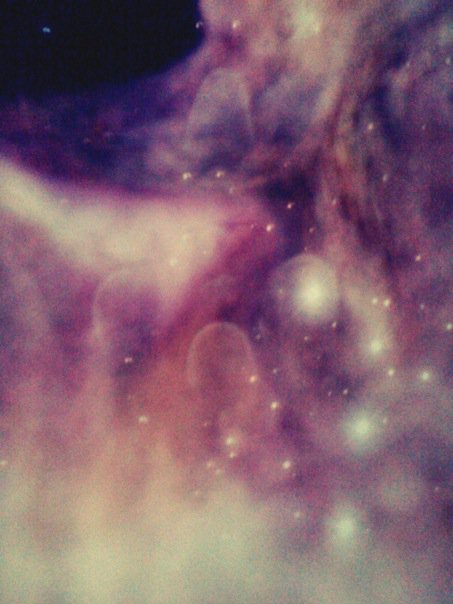 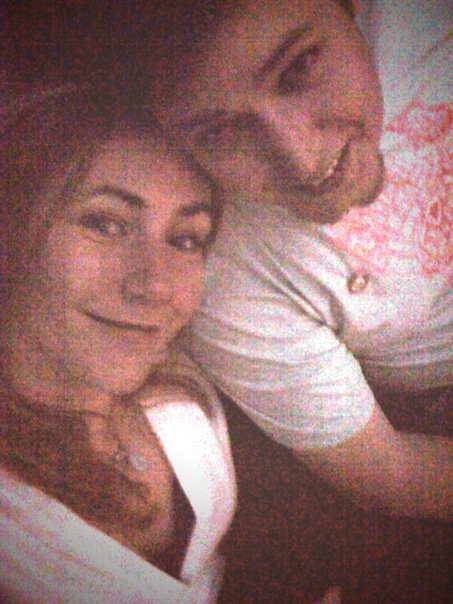