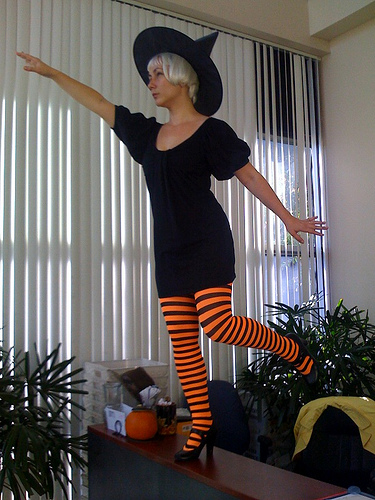 Maria the Shuttle Bus Driver – “Ok, now I have two witches on my bus.”

Valancy Jane – “I hate to blow anyone’s cover, but you actually have three.  Somebody’s just not in uniform.”

… I’m going to treat this with sea air and coffee and a nap in the sun, on my front porch swing.

And all my friends with their favorite home remedy, I wonder if they know that THEY are my remedy.

Feed a cold, drink a fever?

Standard
I can handle any other kind of pain or sickness like a champ, but along comes a fever and suddenly I can’t shut up about how my eyeballs are like bits of potato stewing in the crock pot of my skull.  When my boss agreed to let me take the next couple of days off, so it didn’t spread, I’m not sure if he meant the sniffles, or my pitiful little metaphor about “feeling as shitty as train brakes sound, as this fever rolls into my station with all the steam and hiss and screech of a train, but without all glamor, romance and old fashioned hats.”
No wonder he told me to go home.
My attitude needs to be quarantined.
Standard

… and then there’s flaunting their perfection into the no-doubt dazzled eyes of the internet.

I hope I do both equally well.

CHECK OUT THIS short “CALL OUT” WRITTEN BY A REPRESENTATIVE OF WWW. THECALL. COM

California sits within a fog of Jezebel confusion. Recently the Supreme Court of California disregarded the votes of the people and legalized homosexual marriage. The entire world listened attentively as the mayor of San Francisco boasted, “As California goes, so goes the rest of the nation. Its inevitable, this door is wide open. It’s going to happen whether you like it or not. This is the future, and its now.” The world is looking to California for moral leadership while California finds herself caught in the snare of idolatry and self-worship. Recently I received an urgent call on behalf of hundreds of pastors admitting that California wouldn’t be saved simply political petitioning and confessed the reality of an ongoing spiritual battle within the state and the need to mobilize for mass fasting and prayer. They asked us to bring TheCall to San Diego, not knowing that we received several powerful directives from the Lord a year ago that TheCall was going to go to the stadium in San Diego.
This bill mentioned is a reflection of how far down the line we have come in removing the very moral foundations that preserve society. The moral levies in America are breaking and once marriage is redefined, it will be a matter of time before the entire structure of morality collapses within our nation. In one sense, this bill mirrors our own inward moral concessions as a church to the prevailing culture, and it is the fruit of a compromising silence that has failed to confront the rising spiritual and political contenders. But it is not too late! This is not a time for hiding in caves. This is a time to resist mightily the spirit of peaceful coexistence and apathetic resignation in the face of this prevailing darkness. We are coming to a Mount Carmel moment, which I believe could be the church’s finest hour where she challenges her own compromise and then gains authority through prayer and action which is her true vocation. Then our light will break forth like the dawn and truth will no longer be trampled under the feet of renegade kings and judges. The church is not at the mercy of political decrees of destruction. Jesus is the Lord of history! Though these decrees stand today, they will not stand forever. God is the one who reverses the edicts of man, using the church as an agent of righteous revolution to displace kings and overthrow their decrees through the weapons of fasting and prayer.
Therefore, we are summoning believers from all across the state of California and the nation to gather for a Joel 2 moment. When there is no remedy, when there is no natural hope, God still has a holy prescription. Blow the trumpet in Zion, gather the people, and call a fast. Let the believers of this great state gather and cry out to God believing that California could become the flash point of real change in America not the open door to societal collapse. Let us return to the fasting praying womb in San Diego and seek the face of God on November 1st, 2008 at Qualcomm Stadium in San Diego, CA.

There are some seriously genius lines in there, none better than “this is a time to resist mightily the spirit of peaceful coexistence.” I will be chuckling about that all day, and then shaking my head sadly. It’s a real shame we can’t get these fear frenzy addicts (no less a drug than meth, no less addicting, and no less destructive) all in a froth about a REAL problem. Harness all this dumb redneck energy and put it towards something like, oh, say, CANCER? That said, there’s got to be some sort of advantage to having all the idiots in one place for a few hours. Instead of protesting the nitwits, let’s go find someplace that’s upwind of their stank, and twirl joyously in the sun.

I could not be more proud of my beautiful, beautiful sister.

… when your littlest brother saves his M&M’s for you. 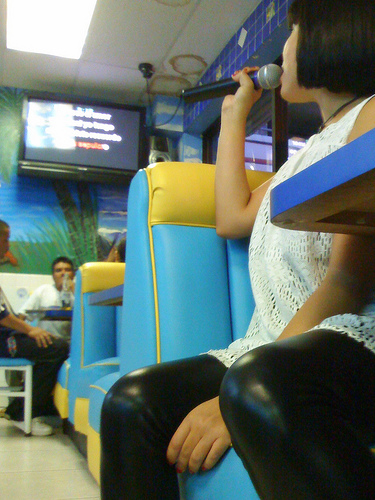